Austin Hatch has survived two plane crashes, both of which claimed family members including his parents. Austin had to search to find the answer as to how he could thrive despite the adversity he faced. He went on to play basketball at The University of Michigan and is now a full-time motivational speaker with a powerful message of applying grit to our daily lives.

We all face challenges and Austin’s story of overcoming unimaginable loss is a source of inspiration for anyone who seeks to grow from adversity.

During the presentation Austin will explain the components of his G.R.I.T. Framework and how we can use G.R.I.T. to help us achieve any goal we set. He will discuss the importance of having a greater purpose for why we do what we do as our driving force. You will also learn why G.R.I.T. is about consistency and the role of the "growth mindset" as the first component of this system.

After Austin's presentation, please remain online  for "Word on the Street"  brought to you by IFAPAC. These breakouts provide an opportunity for interaction and Q&A with our featured speaker, value-added content, and camaraderie.

Overcome It with Austin Hatch

Word on the Street

brought to you by IFAPAC
Stay online to partake in our "Word on the Street" breakout for a unique opportunity to interact with this month's featured speaker, get value-added content, and share in building NAIFA camaraderie. 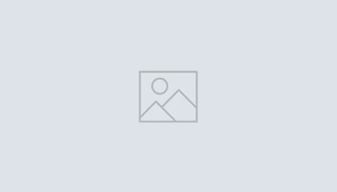 “We are not defined by our circumstances; I believe we can be defined by how we choose to respond.” Austin Hatch’s path to helping others overcome adversity started with a devastating twist of fate. In his early years, Austin’s childhood was one that most would dream of – filled with youth sports, family dinners, and milkshakes before bed. Then, at the age of 8 years old, a tragic plane crash claimed the lives of his mother, sister, and brother. His father was left severely injured. Austin’s own physical injuries were minor, but the emotional pain of losing his mom and siblings at such a young age was devastating. Even then, he understood the importance of continuing to live a life fueled by positivity and optimism in his family’s honor. The bond with his dad grew stronger and they were each other’s reason to keep going. Eventually, Austin’s dad was remarried to Kimberly, a wonderful woman with three children of her own. Together, they formed a blended family, which restored a sense of normalcy in life. Meanwhile, Austin worked hard on his basketball skills, and the hours he put in were beginning to pay off. On June 15th, 2011, Austin was offered a full scholarship to play basketball at the University of Michigan, his mom’s alma mater. It was a dream come true. Nine days later, a second plane crash claimed the lives of his father and second mother and put Austin in the hospital in critical condition and a medically induced coma. Two months later, he came out of the coma and began the long road to recovery, which included re-learning how to walk, talk, eat, and live a normal life. Austin achieved his goal of making it to The University of Michigan, where Coach Beilein honored his scholarship. He had four great years with the basketball program and while he only scored one point, he took pride in his role and found ways to make a positive impact on the team. After graduation, Austin worked in Domino’s corporate office, developed the G.R.I.T. Framework, and began his true passion of speaking to and inspiring individuals and teams to overcome adversity.